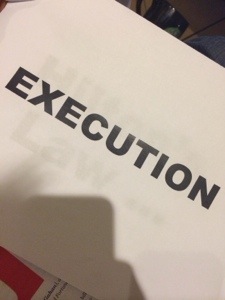 Be it the BHAG or the smallest of details – execution will matter most.

I think we’ve all made the observation that Google does a good job of theming their website. Be it a holiday or a historic point in time – Google will theme its search engine logo. It is true fun and elicits emotion.

Is there a multifamily application of this that make sense?

Thinking a little bit more about the healthy piece of healthy, wealthy and wise.

Tosha chimed in yesterday with a comment that spoke to fitbit – A wearable technology that tracks vital statistics about one’s health and welfare.

It made me think that we should give one to every person that moves in and or renews at one of our Mills communities in 2014.

Mike Whaling carried it a step further by suggesting that we could create competition amongst our communities. Even goes going so far as to creative a leaderboard on our website. He suggested the hashtag #LetsMove STL I love it!

I’m not a detail oriented guy however I have to believe there is an amazing competition that can be created in all of this. And all under the premise of good health.

Your, loving this idea, Multifamily Maniac 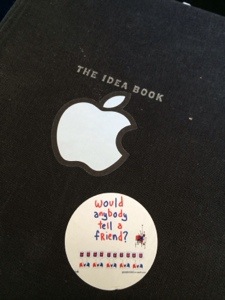 Is my strong belief that any new hire that comes to work for a property management company in 2014 and beyond be a producer of content.

I think leaders must continue to reorganize the way work is structured so that every person from Porter to President has time to create content.

Content can range from “a day in the life of” to the intricacies of how to set up financing for a Multifamily Property acquisition.

I’m not suggesting that you shouldn’t hire for competencies related to running the day-to-day activities of a property. You should hire for that. But, in addition, hire for bringing your business to life through meaningful content creation.

You’re – on a mission to find content creators – Multifamily Maniac

Tap into any one and or all three of these themes in 2014 and you will see major success.

Incorporate the creation of wealth into your apartment marketing efforts. And I don’t just mean money.

People innately want those things. But they’re not willing to work real hard at it. If you can create scenarios that help people create efficiencies around these areas of life then you will rock 2014.

You’re looking to be healthy wealthy and wise Multifamily maniac,

Learned a good lesson this week about choosing apartment blog distribution in the workplace – one I am humble enough to admit.

Real Life STL Media, an entity of Mills Properties, published a post today that was called into question. Not in the way you might think. It was not by an outside source but rather an insider.

Not an hour after publishing a piece of content on our apartment lifestyle blog; I received a call from one of our internal team members suggesting the content was not okay for the workplace. An assertion that I didn’t understand in the moment. But after some discussion laced with examples, it dawned on me that the content was not the problem but rather the distribution channel.

You see, several weeks ago we decided to subscribe every team member (leaving the opt out statement clearly in place – so you could unsubscribe if you wanted to) to the blog via internal work email addresses. At the time we thought that would be a good way to gain exposure. In hindsight I can see that people should always have a choice to opt in or out of what they want to see. That is as true in the secular world as it is in the professional work place.

We had two choices – tone down the content or do a mass unsubscribe.

I will never forget the day (thumb and first finger held millimeters away from each other) that I was that close to my supervisor having to make a tough call.

Listening to Michael Tolcher tonight and thinking hard about a the lead stanza of his song – Sooner or Later. Under the premise of motivation – give this a read/listen:

Before you go out in the sun
Cover your skin and don’t get burned
Beware the cancer, it might kill you when you’re old

Be first in line, raise your hand
Remember everything you hear
And playing in the rain is worth catching cold

Apartment Maniacs – The Point Is

The apartment management world is plenty full of people who will tell you what to do. And it is plenty full of people who will sit back and take it. Are you one of the sit back and wait for what people have to say kind? Are you one that learns the hard way. Or are you one of the try like hell, never sit still, over the top, drive everyone around you crazy to the point that they finally believe in the flavor of the punch you are drinking types?

The multifamily space is no different from any other business in the world. And odds are pretty good that the person tasked with leading you is no more sure of him or herself than you are. They just have a higher level of responsibility. But lead they will not if they don’t know what they are doing. It the best parts of those who think they are leading with no one following are only taking a walk kind of stuff.

I will never forget the day (thumb and first finger held millimeters away from each other) that I was that close to my supervisor having to make a tough call. A call that would have put me on the downside of my career. Why? He and I did not view the world the same way.It was the proverbial butting of heads. In his mind it was a defining moment. In mine – (youthful arrogance included) it was a wild waste of time.

Did I shift? No way on gods green earth. I knew in my heart of hearts what I was after. No deviation. No compromise. And no chance did I run down a road that I didn’t believe in.

What happened? We took 750+ units to 98.8% occupancy and less than 2 percent left to lease. And rent bumps of $100+ in some cases. Some would posit that the economy took over and I would posit back that someone had to lead the team.

Now I am under no illusion that I did that myself. But what I’m aware of is that I was relentless in drawing that team together under a premise that was larger than all of us combined. And they believed it. What I smile about to this day is that the other guy didn’t.

He was that guy in Michael’s song that worried about me saying something weird or not putting my sunblock on before I went outside.

My lead for him and for you – playing in the rain is worth getting wet! Do it often Do it tomorrow.

Make this year your #gameon year – exclamation points included (for those that rest on the proper use of such endings – a life based on emotion and expressing is it liberating)!

Your encouraging and granting you permission to speak freely multifamily maniac,

You need to prove a point to Mr. Moore from Apt 23; he is really getting on your last nerve. 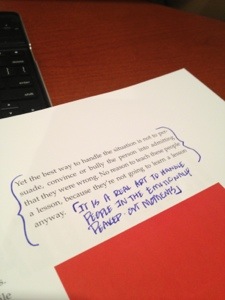 How many of you can identify with this one? You stand your ground over the $4.37 Mr. Moore from apartment 23 owes on his account. You make calls, you send letters escalating in tone with each stamp you stick. And you blow up his email all in the name of getting him off your delinquency. You need to prove a point to Mr. Moore from Apt 23; he is really getting on your last nerve.

You are Really Teaching Him

You think you are doing a good thing by teaching him a lesson. You are the big bad property manager sheriff in these here parts. And people are going to comply or get out.

Well guess what – Mr. Moore is not going to learn that lesson. No – instead he is going to teach you a lesson. One that comes in a stealth package. One that sneaks up on you like that older bully brother of yours did when you were kids. He is going to pounce in the name of a notice to vacate (NTV).

My question – was it worth it?

Your have some common sense Multifamily Maniac,

Are your spelling and grammar skills on the downside of good? 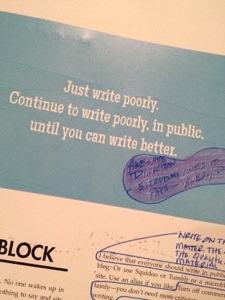 Are your spelling and grammar skills on the downside of good? Do you struggle with the use of its, it’s, affect, effect and other words?

Not to long ago I had a conversation with someone about this apartment blog.

They told me that they read nearly every post. I thanked them and asked why they did not chime in with a comment from time to time as I admired their contributions in the property managment field.

Well you see I am not real good with words. I retorted – are you kidding me – have you really read my stuff? It’s ripe with bad editing. Missed grammar, spelling and inane mistakes born out of a rush to deliver.

Back in the day – I really fretted over it. Today I file it under the remark in the pic above.

Every article that I post is as much about my desire to be a better writer, thinker and doer as it is about displacing some value on the industry I love.

Get busy writing, publishing, commenting, correcting and doing it all over again the next day.

Your getting sharper every day that I take the time to write Multifamily Maniac,

What are you waiting on? What is it that will move your multifamily project forward? What will make you decide?

What are you waiting on? What is it that will move your multifamily project forward?